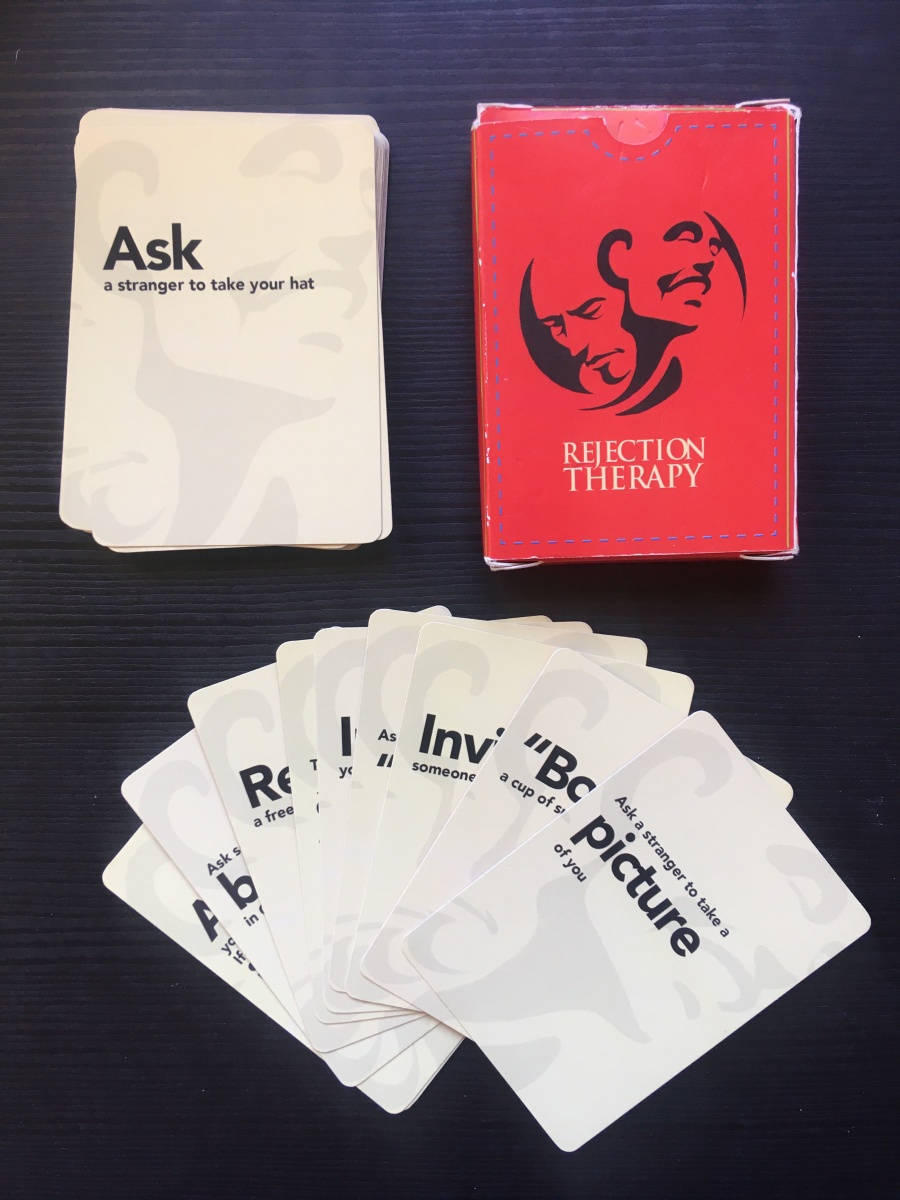 About four years ago, after I had finished grad school and was looking for postdocs in Europe, I came across this TED talk:

In it, Jia Jiang describes how upon analyzing why he wasn’t where he wanted to be in life, he realized it was because he was too scared to try things that might make him successful out of fear of failure and rejection. So upon Googling “How do I overcome the fear of rejection?”, he came across a game: Rejection Therapy.

Originally created by Canadian entrepreneur Jason Comely (and since acquired by Jia), the game features a series of harmless “dares” that one is challenged to do. This can include things like “Help a stranger with their groceries” or “Ask a stranger to take your hat”. The key is that the goal of the game is to be rejected. That way when the stranger says no to your bizarre request, you feel a sense of accomplishment instead of rejection. Through repeated actions of micro-bravery, approaching a challenge with a chance of rejection becomes easier.

Jia decided to do 100 Days of Rejection and film himself during each one for his YouTube channel. Some of his challenges were amusing, like asking for a ‘Burger refill‘, and others ended up getting gaining a lot of attention, like when his request for donuts in the shape of the Olympic rings went viral on Day 3 and ended up with over 5 million views. In the end, the experiment totally changed his life and career trajectory.

I actually bought a deck of Rejection Therapy cards four years ago when I first saw the video.

I’ve even had one in my wallet this whole time. But I mostly had forgotten about it until I came across the deck recently when going through my desk drawers. I don’t have any immediate plans to take up a Rejection Challenge of my own (though it could always be one of the months this year), but it is useful even just to think about how sometimes to get over our fear and out of our heads, deliberately trying for “failure” can be a very useful tool.