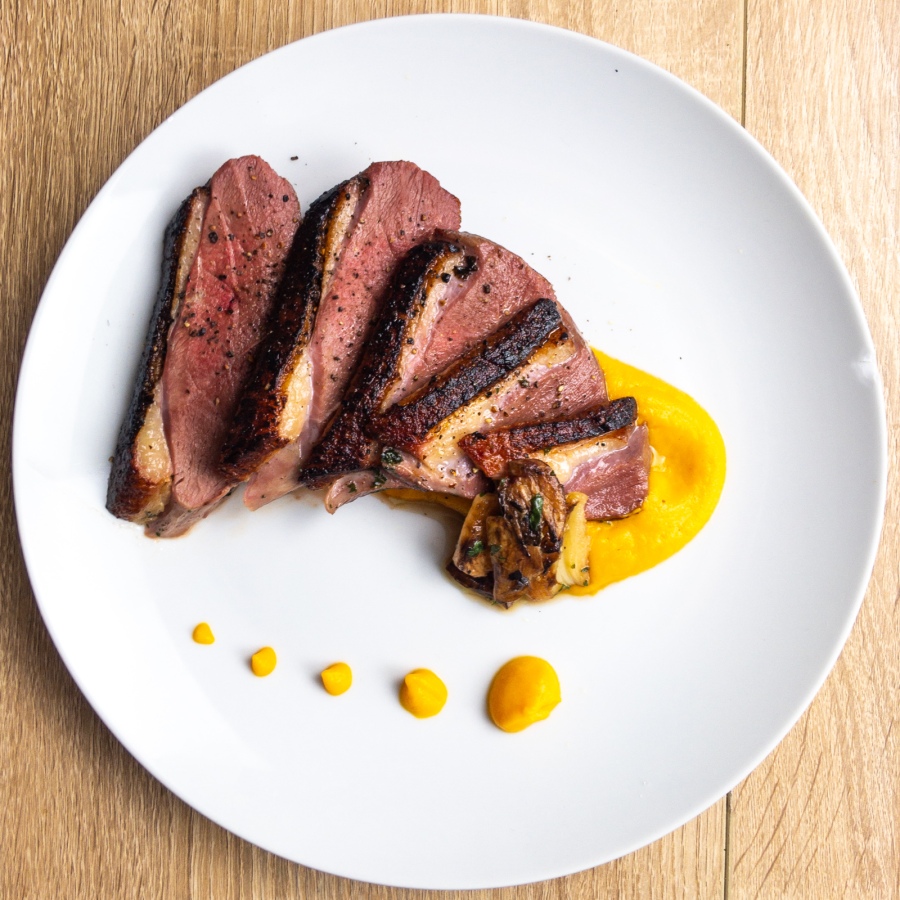 After having tinkered with basic circuitry, but with an Arduino still on my hands to use, I started to brainstorm some ideas of possible uses. I could control other lights use it in any number of other projects, but my search finally brought me to the kitchen. In the US, I had a Sansaire immersion circulator for what is usually called ‘sous vide’ cooking. [‘Sous vide’ is a French term for ‘under vacuum’, referring to the vacuum-packing of ingredients to remove the air before placing them in a water bath. I’ll save a rant of the etymology for another date, only that a ‘sous vide’ machine here in France is a vacuum sealer, not an immersion circulator.] The idea is that you can cook ingredients more precisely but putting them in a bag and slowly bringing them to the exact temperature you want via immersion in a temperature controlled water bath. While commonly used for meats and eggs, it has a whole host of uses in the kitchen. I had left my old one in the US as it is US plug and 120V, so I set my sights on creating one with an Arduino from scratch.

Originally I found a device for a rice cooker version, which while not an immersion ‘circulator’ is designed to hold a stable temperature by applying or cutting power to the device, like a thermostat. However, I couldn’t find a cheap rice cooker that would work well (e.g. large size, a switch or dial to turn it on instead of buttons as they would be reset each time the power is cut, etc.). So I decided to take the control framework and Arduino code from that build and combine it with a popular DIY immersion circulator version created for Make by Scott Heimendinger, who later went on to work at Modernist Cuisine and cofound Sansaire, the immersion circulator device that I have in the US.

So I bought an aquarium pump, a heating element (used to boil water in a bucket), a large plastic tub, and some Plexiglass. You know how sometimes your start a new project and you quickly get the feeling like it is going to be a shit show? This was one of those times. Perhaps not the sort of disaster that blows up or fails completely, but the kind that would be hideously ugly even if it did its job, the Quasimodo of immersion circulators, if you will.

I began cutting the plexiglass, but even with a guide my lines were off. Granted I wasn’t using a band saw in a fully stocked garage, but a Dremel on the ground while shirtless and shoeless like some kind of French hillbilly. As the project progressed, it seemed to get uglier, and I quickly realized that the amount of water I needed to heat up would only be useful if making an enormous feast. But I continued on, hoping to just get at least one meal out of it.

After assembling the hardware, splicing the power to the heating element, setting up the breadboard, and uploading the program, I fired it up and waited for the water to heat.

While I rarely cook meat these days, I thought that the most visually striking example would be to cook a magret de canard, or duck breast, with crushed garlic and some herbs.

I put everything in a bag, vacuum sealed it, and set it in the water bath for its slow cooking.

After 45 minutes, the meat had reached a perfect 58ºC and only needed a quick sear to finish.

For a little contrast and color, I made a simple sweet potato purée and fanned the slices out on a plate. Was it damn good? Yes. Did giving some to the cat make it that he would beg from me every time I went into the kitchen for months to come? Also yes. Do I think it is worth it to heat up 20L of water next to open electronics every time I want to make dinner? No.

So ultimately I decided to disassemble the whole thing after only one meal. I still have all of the parts, which will hopefully find homes in future projects. So if you are thinking of getting into equilibrium cooking yourself, I would recommend buying one of the many excellent devices that exist on the market now. But if you want to learn some DIY skills and maybe get a tasty meal out of it, making your own is still an interesting adventure.

4 thoughts on “How to make an Arduino-powered immersion circulator”